Between 1990 and 2005 she worked in a wide range of roles on urban sanitation development projects, faecal sludge management and sludge treatment in East and Southern Africa, South East Asia and China for UNICEF, DFID, NORAD, DANIDA, EAWAG and consultants, including long-term assignments for DfID in the South African Ministry of Water Affairs and Forestry, and for Addis Ababa Water and Sewerage Authority in Ethiopia.
From 2005-2016 she worked for the World Bank's Water and Sanitation Program, based in Indonesia. During this time she worked with Government partners and other stakeholders to develop national pro-poor urban sanitation programs in Indonesia, Vietnam and Philippines before expanding the work to Timor-Leste, Papua New Guinea and Pacific Island countries and eventually South Asia. After leaving the World Bank in December 2016 she has been based in the UK working as an independent consultant with Inclusive Sanitation in In Practice. She has a Master's degree at the Water, Engineering and Development Centre (WEDC).

When not working, Isabel enjoys making mosaics and co-runs Ashdon Mosaics, a community initiative run by her local church. 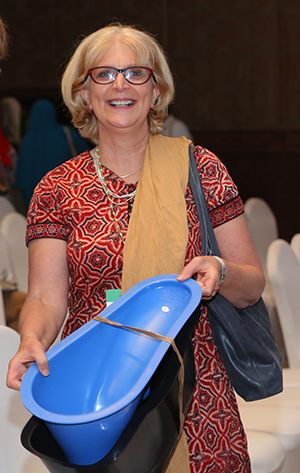